An adventure, with appendix and maps

An adventure, with appendix and maps

An account, by "Elizabeth Morison" and "Frances Lamont" (whose names "are the only fictitious words in the book". cf. Publisher's note, p. vi) of spitirualistic phenomena encountered at Petit Trianon

Three visits to the Petit Trianon.- Results of research.- Answers to questions.- A rêverie.- Appendix

It was the myth that everyone wanted to believe, although it never stood up to any test. It had become simply too sacred to cheapen as a hoax.

Two Oxford lady-scholars compare notes about a visit they had once made to Versailles, and conclude that they had experienced a time-slip back to revolutionary days, with recognisable buildings known to have been long demolished, and people in authentic period costume, one of them probably Marie-Antoinette, sitting on a wall sketching. All shot-through with a disturbing, chilly atmosphere, like entering Dracula’s village.

It became an unexpected best-seller for its mystery and charm, set among the scenic wooded paths around Petit Trianon, the queen’s favourite refuge from the pressures of palace life. But it instantly set off a chorus of sneering sceptics, led by the Society for Psychical Research, deflating the claims with pitiless logic.

Since the ladies admitted that they had got badly lost, how could they be sure which locations they were describing? In any case, how can two people experience a joint-hallucination - especially as they each claimed to have witnessed several scenes that the other had not? And why were so many of the details altered in later editions of the book?

For me, the most significant development came after both ladies were dead, and their literary executor Joan Evans (possibly a lesbian associate) dug up a strange report about the owner of a neighbouring chateau who claimed that he had been holding rehearsals for a Louis XVI costume party, with transvestites playing the women’s parts, and the two of them had simply wandered into it by mistake. Evans found this so convincing that she actually suppressed the book on the grounds that it was now shown to have been misleading. By cheating herself of years of handsome royalty payments, Evans clearly demonstrates the highest credibility of all.

Reviewer: Wmnoffaith1 - favoritefavoritefavorite - November 27, 2019
Subject: An interesting report of psychic phenomena
I found this quite interesting. As the previous review hinted at, these were educated women who had nothing to gain but scorn. One could make the argument that they wanted publicity and to sell books, but considering the rather precarious position of women's education in that period, the notoriety they received could only be to their detriment.
It's unfortunate that, with experiences of this kind, there is no kind of proof that is satisfactory. That is why so many people who have strange experiences, myself included, tell no-one. If two or three people see something, they are mistaken, mentally ill or out for publicity. Even if thousands see it, like the incident involving the sun seen by the children of Fatima, then it is mass hysteria. There really is no way to win. It is not something that can lend itself to scientific experiment and repetition; even though quantum physics has proven that the observer has an impact and can act as a catalyst on what is seen, scientists will not extrapolate logically from that premise that a particular observer may witness something that is not seen by another simply by virtue of the fact that it IS another. While this is common sense, it seems not to follow logically to scientists. Therefore, unfortunately, the best policy is to keep these things to yourself, because they will not be believed.
After all, some people will see Schrodingers cat as alive, and some will see him as dead, and never the twain shall meet; but for those individuals who are open minded, this is a good read.
Reviewer: Daly-Conway - favoritefavoritefavoritefavoritefavorite - November 2, 2018
Subject: Great women.
(An Adventure) is a truly worthy book that deserves great praise on many fronts.It should be regarded . If it is not listed amongst the penguin classics, it should be and without a doubt. I stumbled across this book by accident after watching a televised production of Elisabeth Moberley and Frances Jourdain research into their own psychic experience at the Petit Trionon at Verseille. The film was called Mrs moberleys ghosts. It is the most compelling research into psychic phenomenon that I know of. It was a case of fortunate events and persons coming together at at a time and place of perfect conditions that would trigger psychic activity. Both their intuitions bumped off each other, before, during and after that famous day at the Trianon. They were both criticized at the time due to the fact that they both had not seen Marie Antoinette. Only Elisabeth Moberly saw her. The reason was I believe, due to the fact that France's Jordain WAS Marie Anntoinette and therefore could not have seen herself in that paranormal state. Frances Jordain was Marie Antoinette at that place and time.Two witnesses are better than one, they say, but in this case the opposite is true. It was not possible for France's to see Marie Anntoinette. She was simply witnessing what Marie Antoinette saw and heard a hundred years previously. She was pulled into a psychic memory with the unconscious help of Elisabeth Moberly and the anniversary of that same day and place.. Marie Anntoinette turned her head to look at the two English women in strange attire. I believe that on that faithfull day when the Paris mob were approaching Verseille, Marie Antoinette, had a premonition of two strange women passing her without saying a word. Both The Running man and The servant who slammed The door smiled at them in a curious way. That is what The servants did to Marie Anntoinette. She was despised by the people and dispised by msny at court due to all slander of her jealous enemies.The servent were amused at faith and were secretly glad. Marie Anntoinette was a foreinger at court and many at court hated the Austrians. The book proves that we live in a multidimensional world were time and space intermingle on a spiritual, physical and psychic plane.@ 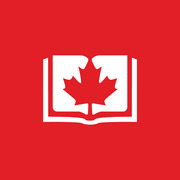